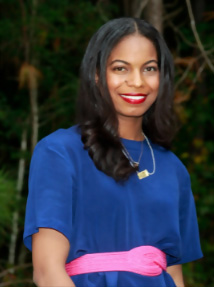 Kamilah Campbell is the current acting CFO of Enterprise Resource Technologies Corporation and a member of the company’s Board of Directors. In addition, she is also the Founder of a creative online jewelry startup called The Pink Locket, as well as a Business Analyst in the technology industry for Ricoh Americas Corporation. Mrs. Campbell possesses extensive skill sets in the areas of marketing, social media, technology, analysis and project management. Throughout her career she has assisted the launching of global marketing campaigns and co-sponsorships with Forbes, CNN and LPGA, bringing to the table strategy development and branding ideas. In addition, she has launched very successful campaigns which have helped in developing new business opportunities for current and past company’s she’s worked for.

In the early part of her career she gained notable experience from her tenure at MTV Networks in the International Legal and Business Affairs division where she was responsible drafting program licenses and acquisition agreements for companies in Europe and Asia. Overall Kamilah brings over 10 years of experience and received her BA in International Trade with a concentration in Caribbean countries from the University of Connecticut in 2002 and her MBA from Metropolitan College of New York with a concentration in Media Management in 2007.